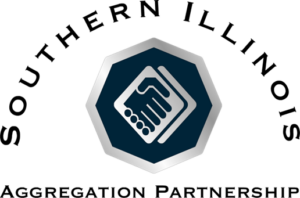 Ameren Illinois has been preparing customers for significant energy supply rate increases this summer. However, many residents in Southern Illinois participating in municipal aggregation programs will be insulated from these soaring energy supply prices and higher energy bills.

“Ameren has been putting residents and businesses on notice that their energy supply rates will be spiking,” said Mayor John Lewis of Mt. Vernon. “Residents participating in our municipal aggregation program have a fixed rate, locked through December 2023.”

Nearly 100 communities south of Interstate 70 participate in the Southern Illinois Aggregation Partnership. Under these programs, residents’ electric loads are pooled together and shopped in bulk to retail electric suppliers. Residents are enrolled automatically with the winning electric supplier unless they choose to opt-out of the program. The participating Southern Illinois communities contracted with
Homefield Energy to offer residents a fixed electric supply rate of $0.05400/kWh through December 2023, representing savings of approximately 50% compared to Ameren’s new rates which begin June 1, 2022.

“Preliminary filings from Ameren indicate our municipal aggregation electric rate could be half the price of the utility’s energy supply,” stated Mayor Tom Jordan of West Frankfort. “Households can expect savings of about $40 per month or $500 over the next year.”

Residents are advised to contact Homefield Energy by calling 866-694-1262 to verify that their home is currently enrolled in their municipality’s aggregation program.